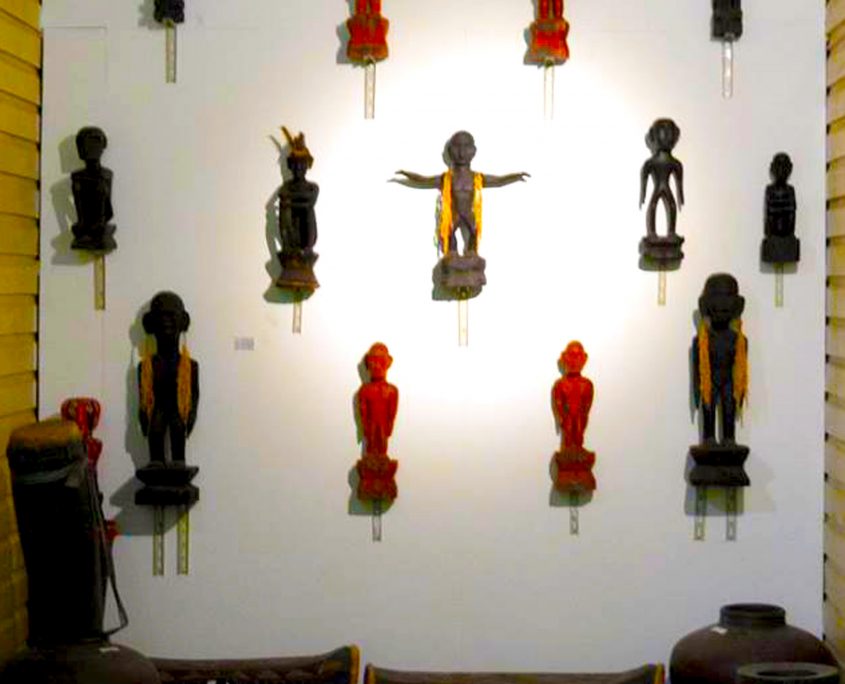 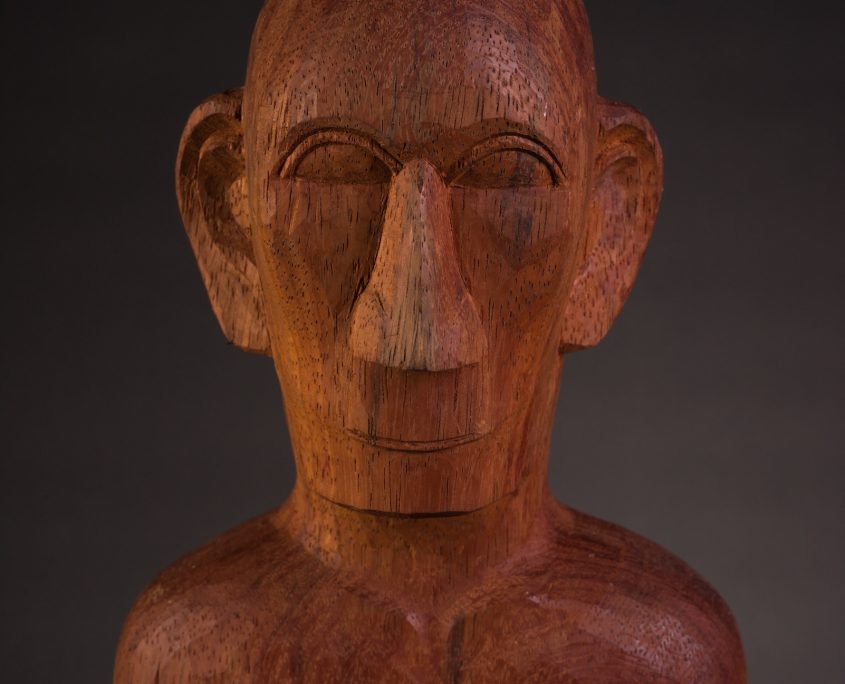 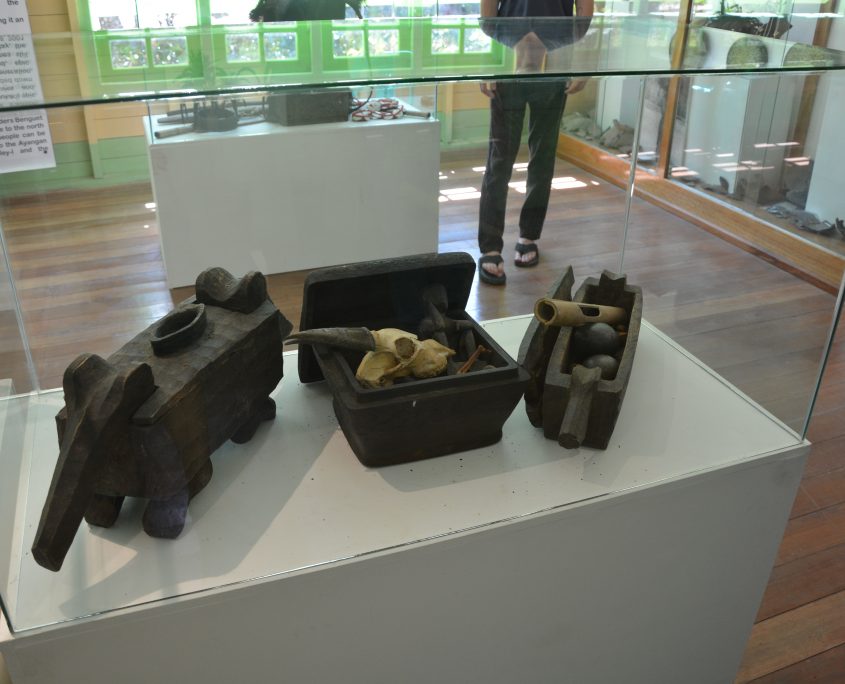 The Ifugao is the most studied ethnolinguistic group among the different nations comprising the indigenous peoples’ enclave of the Philippine Cordilleras. Scholars have started documenting their lifeways from the first encounters with Spanish missionaries in the late 1700s, reaching its peak at the time of American presence at the onset of the 20th century when the latter first established the presence of formal education and civil government in the area.

The richness of Ifugao material culture and oral literature, notwithstanding spirituality, philosophy and general worldview have long been the object of scholarly inquiries by countless researchers resulting in numerous published works on the Ifugao and establishing academic careers for those who patiently toiled to continuously inquire on the culture of the Ifugao. Yet the entire gamut of Ifugao culture has yet to be consolidated in a single work that provides at least the fundamental descriptions of the different aspects of the culture, material and otherwise.

Putting together descriptions from scholarly works and narratives of remaining Ifugao culture bearers in encyclopedia form will be the ultimate reference for future researchers and more importantly, for the young Ifugao whose time, unfortunately, did not allow for the transfer of most of the traditional knowledge of their forebears.

More importantly, the encyclopedia provides the foundation for local history curricula, as it will be accessible to teachers as part of their instructional materials. The Indigenous Peoples Education (IPEd) Center in Kiangan serves as the venue where students and heritage students will interact and engage with each other to learn their history and culture.

There is a critical need for Indigenous Peoples’ Education (IPEd) using indigenous epistemologies for local ethnic communities in the Philippines. Traditional cultures and village lifeways are being eroded by urban pressures, and without knowledge of their rich cultural heritage, modernity could wipe out traditions. Among the Ifugao, an indigenous ethnolinguistic group that lends its name to the province in north-central Philippines, they are in danger of losing their unique agro-ecological system, weaving, and rituals needed to maintain their identity. Tattooing, for instance, vanished more than three decades ago. These changes may also lead to the deterioration of their built heritage, particularly the rice terraces, a UNESCO-listed Heritage Site, if traditions and knowledge required for their maintenance are further eroded by lack of community support.

This limited support is compounded by the current pedagogy, designed by the national government, which lacks indigenous knowledge and local history components. A recent national policy shift in K-12 education mandates that the Department of Education contextualize history curricula in local realities. However, there is no government initiative to properly train teachers in indigenous history and heritage, so teachers are underequipped to carry out the directive.

Ifugao teachers have no access to recent resources that allow them to learn about indigenous peoples’ history and heritage other than those developed over 100 years ago. The standardization of culture and history classes in the elementary and high school curricula means that indigenous peoples only learn about the history and culture of the dominant lowland populations. The curricula also depict indigenous populations as passive observers of history and as remnants of the past. Furthermore, dominant Philippine historical narratives dichotomize highland and lowland populations. This is largely constructed in the historical footnote that the northern highland Philippines resisted Spanish domination. Indeed, Spanish cultural footprints in the province are scant, owing to the failure of the colonial power to establish a permanent presence in the region. Nevertheless, there were major economic and political shifts in the highlands that coincided with the arrival of the Spanish in the northern Philippines. New archaeological data can challenge and refine past perspectives as well as empower marginalized indigenous populations.

As exemplified by our work, the Ifugao Archaeological Project (IAP), archaeological data help rethink dominant historical narratives that indigenous populations were mere observers of history. Our investigations among the Ifugao suggest active and conscious decisions to resist conquest. An example of these momentous actions is the decision to regroup in the highlands to avoid Spanish conquest in the early 1600s and the adoption of wet-rice varieties in the highlands. Previously, the dating of the inception of the Ifugao rice terraces was placed at 2,000-3,000 years ago. However, our findings show that landscape modification for terraced wet-rice cultivation started at around 1650. Excavations at the Old Kiyyangan Village also imply that the region had continuous contact/interaction with lowland and other highland groups between ca. 1600 and late 1800s, refuting the idea of isolation.

Due to the standardized Philippine history curricula, contemporary Ifugao identity is falsely based on the narrative of being uncolonized, which denotes that they are representatives of “original Filipinos,” thus exoticizing the people. This is reinforced by the idea that the famous rice terraces are at least 2,000 years old. Breaking these historical myths and decolonizing history entails a long-term curricular change that emphasizes local history and humanizes the Ifugao.

Our proposed project intends to engage various Ifugao stakeholders, with special emphasis on elementary and high school teachers in acquiring the necessary skills and knowledge needed to develop local history and heritage curricula and to develop the Ifugao IPED Center as the venue for decolonizing history and empowering indigenous peoples. This is needed because the current history curricula refer to indigenous peoples as “original Filipinos” and unchanging for millennia. Teachers are the best individuals to initially engage in this endeavor, as they are able to expand the reach of the project. Their students will also be able to extend the new knowledge to their families.

Most Filipinos who have been exposed to the current basic education curricula look at indigenous peoples as remnants of the past. A classic example of this is the older dating of the Ifugao rice terraces, a proposition that has been instilled among generations of Filipinos but is refuted by archaeological investigations. These pejorative narratives are still included in elementary and high school textbooks (e.g. Anda 2010; Rama et al. 2006).

Teachers do not have the necessary knowledge about local historical realities as they were trained in standardized history curricula focused on the history of the lowland Philippines. Thus, Ifugao students learn the same flawed historical narratives that their teachers learned. By exposing teachers to the rich cultural facts and facilitating the development of tools to disseminate this knowledge, we hope to break this cycle.

To achieve the goal of publishing (print and online) the ethnographic encyclopedia, the project needs about $40,000.00. This amount will cover research, travel to museums where Ifugao ethnographic cultural materials are curated (i.e. Field Museum and Smithsonian Institution), photography, and publication (print and online). Your tax-deductible donation will be coursed through the UCLA Foundation.

Please choose THE IFUGAO ETHNOGRAPHIC ENCYCLOPEDIA on the dropdown menu.